END_OF_DOCUMENT_TOKEN_TO_BE_REPLACED

Apple reported stunning quarterly results on July 30th, 20′ which shot the stock price up by 10%. There is no doubt that the company that Steve Jobs started in his garage has today changed the world. The most incredible highlight of the revenue report was that now “Services” which is recurring revenue for the company accounts for a large portion of Apple’s revenues. END_OF_DOCUMENT_TOKEN_TO_BE_REPLACED Apple recently killed the iPod classic – without a mention of it – Apple silently removed it from its iPod product lineup. At the WSJDLive tech conference, when asked about the iPod Classic – Tim Cook mentioned that they had to remove the uber famous device off the shelves because they simply could not get the parts for it from anywhere in the world. END_OF_DOCUMENT_TOKEN_TO_BE_REPLACED Apple declared yesterday that it has sold 100 million iPod touch units since the device’s launch back in 2007. The iPod Touch is a version of the iPod that is more or less like the iPhone without the “phone” part, in short no calling abilities. The iPod touch has a 4-inch screen, and uses Apple’s A5 processor chip amongst various other remarkable features. Many consider it to be an iPhone, without the phone. END_OF_DOCUMENT_TOKEN_TO_BE_REPLACED 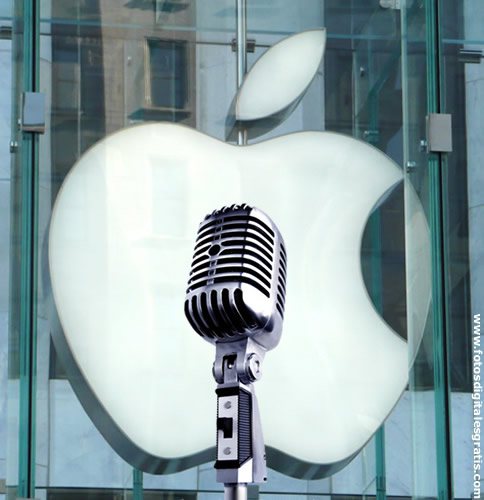 Negotiations between Apple and major record labels Universal Music Group and Warner Music are crawling at a slow pace according to a report by Cnet. Apple is doing this in preparation for their rumored music streaming service that speculators dub as iRadio. Sources say that the company is aiming for a summer launch despite the fact that even if the deal with Universal and Warner falls through, they would still need to negotiate with Sony Music. END_OF_DOCUMENT_TOKEN_TO_BE_REPLACED

The iPod lineup has completely been revamped. Apple’s new ad is pretty cool reminding us about the phenomenal energy still left in these devices. Apple’s new iPhone will bid farewell to the standard 30-pin connector that the company currently uses for iPods, iPhones and iPads and will instead sport a new 19-pin connector on the bottom. Techcrunch along with MobileFun have confirmed this rumor and mention that the 19-pin connector already exists but the form factor and actual size is still unknown. This would mean that all current iPhone accessories including dock connectors and charges would instantly become useless and the entire Apple accessory market will be shaken. END_OF_DOCUMENT_TOKEN_TO_BE_REPLACED The App Store is flooded with all sorts of role playing games.  From 2D to 3D, indie developers to the big guns, it’s quite difficult to filter through them all to find that excellent experience on your phone.  Max Power Adventures doesn’t aim to provide that type of quality – more of a comedic side to the genre. END_OF_DOCUMENT_TOKEN_TO_BE_REPLACED