Google Buzz is sure to go down in the history of social media. When Buzz was launched, Google made it available on the iPhone and Android. Today, Google announced that Buzz will not only be limited to these mobile platforms but instead become available on all major mobile devices and platforms including Windows Mobile, Blackberry and Nokia S60.

END_OF_DOCUMENT_TOKEN_TO_BE_REPLACED

Google Moderator is a great place where you ask your audience questions and stay creative. YouTube has added Google Moderator into its Channels. Starting from today, YouTube channel users could let people ask him/her questions about his/her channel or any question related to his niche. Other users would have the option of rating up or down the question. Channel Authors could then answer those questions by logging into their account.

END_OF_DOCUMENT_TOKEN_TO_BE_REPLACED

Google has released a stable version of Google Chrome for Mac. Chrome, the popular browser by Google is now out of Beta for Mac and Linux.

END_OF_DOCUMENT_TOKEN_TO_BE_REPLACED

Yesterday, Google surprised the world by introducing a playable Google Doodle. Google was celebrating Pac-Man’s 30th Birthday and had put up a playable game of Pac-Man as their Google Doodle.

END_OF_DOCUMENT_TOKEN_TO_BE_REPLACED

Secure Sockets Layer (SSL) is the standard security technology used by websites to encrypt data that transfers between their servers and your computers. SSL is used on every bank site or every site which tends to collect your personal information. Google uses SSL encryption on many of its services including Gmail, Google Analytics, Google Adsense, Google Docs etc. They not only use SSL for log in purposes but for the entire application.

END_OF_DOCUMENT_TOKEN_TO_BE_REPLACED

Today is PAC-MAN’s 30th Birthday and Google is celebrating it in style. Today’s Google Doodle is designed around the game and the game is actually playable.

Once the page completes loading, the game begins and you could play it. An innovative Google Doodle. The walls include the Google logo and for the very first time the I’m Feeling Lucky button has been renamed to Insert Coin. Clicking on Insert Coin enables two players. But when you enable two players, the W, S, A and D keys cannot be used to type in a query in the search box.

Google finally announced its much anticipated and long rumored Google TV today at Google I/O. With Google TV, Google plans to bring Web Content on TV. Google is teaming up with Intel, Sony and Logitech for Google TV. The concept is not at all new and many other firms have been working on such a device.

END_OF_DOCUMENT_TOKEN_TO_BE_REPLACED 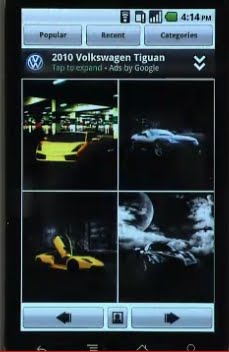 At Google I/O, Google announced Android 2.2, codenamed Froyo. Froyo comes along with many major improvements and features. One such great feature is the new Ads format which Google introduced.

iAd – Apple’s Mobile Advertising was about to change mobile advertising profoundly but Google’s major announcement could change things. These new Ad formats would work on Froyo. Much of the ideas of the Ad formats come from iAd, but some are new. Some new Ad formats which Google introduced were –

END_OF_DOCUMENT_TOKEN_TO_BE_REPLACED

Google made some huge announcements during Google I/O including the Chrome Web Store. They even introduced the Google Font API and Google Font Directory. They have collaborated with Typekit to open source the Web Font Loader, a JavaScript library for improving the web font experience.

This means more fonts would be available for developers to choose from. HTML 5, CSS3 and Web Fonts would provide a much better and richer experience to the users. Still Google would face some challenges as different browsers treat the download of web fonts differently.

END_OF_DOCUMENT_TOKEN_TO_BE_REPLACED

Just now during Google I/O, Google announced that they are launching an early preview of the new Chrome Web Store. It is available on only nightly builds of Google Chrome. All the Apps are developed on HTML 5 and would appear in the new tabs page.

Top games and productivity tools like Plants vs Zombies and TweetDeck would be present on the Store. Some Apps need to be purchased from the Store while some would be free. This opens up yet another market for developers to invest into.