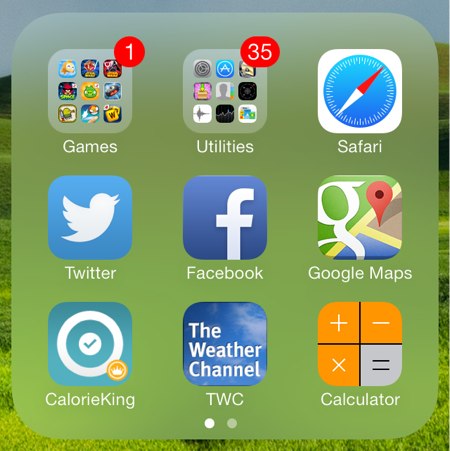 Some users prefer to keep their device tidy and organized. Creating folders and nested folders help us to organize our Apps by adding them to folders that has similar Apps, or in fact keeping them in the way we want them to. Creating folders for Apps is an official solution from Apple for its users, but fortunately a bug was discovered to further create nested folders inside folders. There is no guarantee that it’ll survive the next update, but for now it offers a good way to keep our Apps organized.

*Your nested folder is ready

Hope either this bug survives for future updates or Apple really comes up with the official solution for nested folders.