Spams are one of those things in your smartphone which you definitely do not want to be receiving on a daily basis. Keeping this in mind, Google has introduced a spam protection feature on its Messages App. This will help users get rid of all the spam in the App’s inbox without having to worry about it or clean the junk texts manually. The feature was long overdue and it is finally here as a relief for all Android users. END_OF_DOCUMENT_TOKEN_TO_BE_REPLACED Google’s Phone App will filter out spam calls and send them directly to voicemail. This will help users and they wont get unexpected calls and rings and there won’t be any call notifications as well. END_OF_DOCUMENT_TOKEN_TO_BE_REPLACED 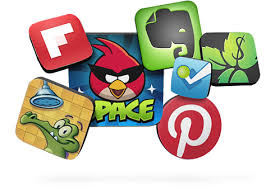 Google just dropped an estimated 60,000 low quality, and potentially malware carrying apps from the Google Play store. It is estimated by many and openly stated by Google that their store contains around 700,000 apps. The reason for most of the deletions is that the content directly violates some of Google Play’s Terms of Service. The most affected apps are those in the mp3/ringtone category, some of the deletions are due to the fact that some of these apps violate their terms of service regarding music but most are taken down for quality purposes. Some of the deletions also include apps that violate their spamming and ranking terms of service. Shown here is the section of the terms of service that removed apps violated. END_OF_DOCUMENT_TOKEN_TO_BE_REPLACED

A few days ago, Google’s Matt Cutts wrote a blog post about the current situation of spam in google searches results and noted that Google is doing sufficient amount of work to fight spam on a day to day basis. He even mentioned that the next target of the search engine would be to push down sites which are often regarded as content farms, and also those who use black hat SEO techniques.