Google has just made its second iteration of the Nexus series, Nexus S available in Korea, Hong Kong, and Australia. Users from these countries can now get the Google phone with Android 3.0 from Google’s website at google.kr/nexus (Korea), google.hk/nexus (Hong Kong), or google.au/nexus (Australia). The Nexus S features an amazing 4 inch display, rear and front-facing cameras, all Google mobile Apps preinstalled, and loads of other great features.

According to reports, only 0.4% of the available Android devices run on Gingerbread (Android 2.3), Google latest operating system for mobile devices. Considering the number of devices that Google activates every day, that is a very low number.

END_OF_DOCUMENT_TOKEN_TO_BE_REPLACED

The new Android market is revolutionary and features an amazing user interface that is highly interactive. Nexus S, the official next generation phone from Google, runs on Gingerbread, but still has the old market client.

According to reports, the new Android market client is slowly being pushed out to the Samsung Nexus S phones. Update is automatic, so be prepared to get surprised the next time you open the Android Market on your Nexus S. 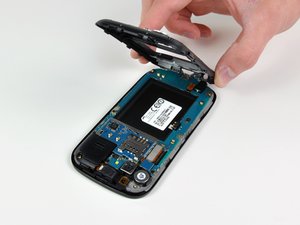 The Google Nexus S was made available in the US yesterday and today the folks at iFixit have torn the Google phone completely. There isn’t something really special inside the Nexus S and its hardware is almost same as the Galaxy S smartphone from Samsung.