Apple is now ready to replace first-gen iPod nanos due to an overheating risk. Only devices sold between September 2005 and December 2006 are eligible for this replacement offer by Apple. END_OF_DOCUMENT_TOKEN_TO_BE_REPLACED 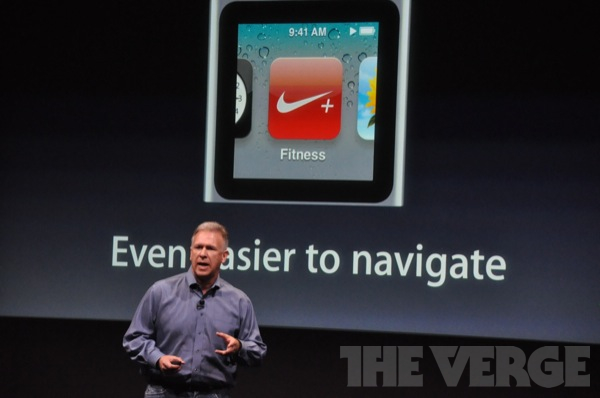 That was shocking. Apple has just updated iPod nano and the iPod touch. The new iPod nano now allows you to swipe between icons instead of seeing a grid making it easier to navigate. As the iPod nano was being used as a watch more and more, Apple has added 16 new clock faces for our pleasure. END_OF_DOCUMENT_TOKEN_TO_BE_REPLACED Apple has just released a software update for the sixth generation iPod nano. The updates adds a few useful features to the small device with multi-touch. Version 1.1 software update adds the ability to completely turn off the iPod (instead of just putting it to sleep mode), and to control music or radio playback using the Sleep/Wake button.

END_OF_DOCUMENT_TOKEN_TO_BE_REPLACED The Wall Street Journal recently published an article that mentions a whole new device that should be coming soon from Apple. Imagine what would happen if an iPod nano and an iPhone hooked up? Well, it would result in an iPhone Nano.

This is exactly what the Wall Street Journal believes and the newspaper has talked to a few sources close to Apple that confirm that Apple has been working on such a device for quite some time. The WSJ claims that the new iPhone Nano would be half the price of the current iPhone and would feature as a complete phone, with a design similar to the recent generation of the iPod nano, with a larger screen.