Swarms of people have been vandalising Apple stores in China after Apple suspended sales of the 4S. Customers who waited overnight in below minus 9 temperatures after Apple’s main China store, located in Beijing’s Sanlitun had not opened their doors. Apple was to open doors at 7:00 am but come 7:15 am, those waiting in line started chanting “liars!” and “open the doors”. END_OF_DOCUMENT_TOKEN_TO_BE_REPLACED Most of us love to write diaries and jot down our feelings and opinions. We all love our diaries and protect it from others. A similar app is available for iPhone and iPod touch dubbed “My Video Diary”. It’s a simple app with an easy concept which as the name suggests is a pocket diary where not only can you write your feelings but also upload memorable videos and photos. END_OF_DOCUMENT_TOKEN_TO_BE_REPLACED Zepto Labs along with Microsoft have teamed up to bring Cut the Rope, their insanely famous game to the web so users will be able to feed Om Nom directly via their browsers. The announcement was made at CES and from now on every browser with HTML 5 capabilities will be able to sport Cut the Rope. Although the experience of playing Cut the Rope won’t be fun enough iOS’ multi-touch capabilities, the game should help you kill some time. END_OF_DOCUMENT_TOKEN_TO_BE_REPLACED 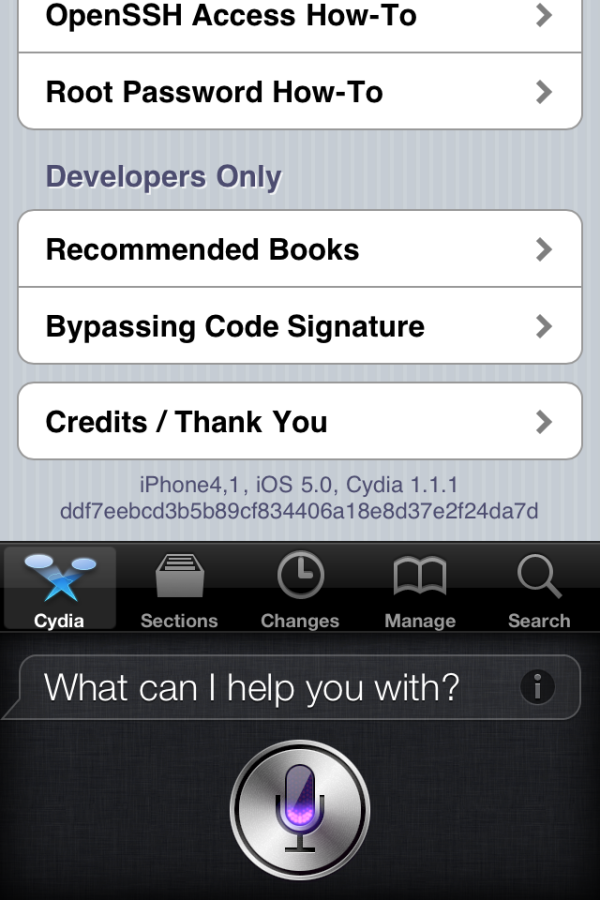 The jailbreak team is working hard to develop a perfect jailbreak solution for the iPhone 4S and the iPad 2 both of which run on Apple’s A5 chip architecture. Via Twitter, @planetbeing recently announced that the sandox issues that were previously being faced have been resolved with the help of the developer of Cydia, Jay Freeman (@saurik). END_OF_DOCUMENT_TOKEN_TO_BE_REPLACED

Google is celebrating the 374th birthday of Nicolas Steno. The letters of Google in the doodle today appear as colored rock layers that mark the 374th anniversary of Nicolas Steno, the Danish natural scientist who came to be known as the father of stratigraphy. END_OF_DOCUMENT_TOKEN_TO_BE_REPLACED

As we all know, Apple only included Siri with the iPhone 4S which is equipped with the same processor as the iPad 2, the Apple A5 chip, but Apple left Siri out of the iPad 2’s experience. END_OF_DOCUMENT_TOKEN_TO_BE_REPLACED

“Every once in a while, a revolutionary product comes along that changes everything.” This is how Steve Jobs introduced the beloved iPhone exactly five years ago to date. END_OF_DOCUMENT_TOKEN_TO_BE_REPLACED

With it being the New Year, most of us have made resolutions that include staying fit, healthy and to plan a routine that incorporates healthy eating and exercise. In this article, we will present to you five great apps for your iPhone or iPad that will help you along the way to reach you goals. The below top five Apps will help you stay fit and healthy. END_OF_DOCUMENT_TOKEN_TO_BE_REPLACED

By now you would be aware that Steve Jobs was a perfectionist who craved for perfect design. We’ve heard many cases when Jobs gets down to the design job himself and communicates with designers and how he makes sure that every detail is done in the correct way. Louie Mantia is a visual interface designer who worked to design the iTunes 10 Apple icon. While some loved the redesign and some hated it, here’s a little story behind it. END_OF_DOCUMENT_TOKEN_TO_BE_REPLACED

1 year ago today, Apple made their App store available for the Mac OS X platform. Alongside Mac OS X 10.6.6 Apple released one of the first known desktop marketplaces for Apps. It gave a lot of exposure to budding developers and made App discovery for computers more easy. After just 24 hours since launch, 1 million Apps had been downloaded. Furthermore recently, Apple announced that they had reached the 100 million downloads milestone. They describe their desktop marketplace as the “largest and fastest growing PC software in the world”. END_OF_DOCUMENT_TOKEN_TO_BE_REPLACED