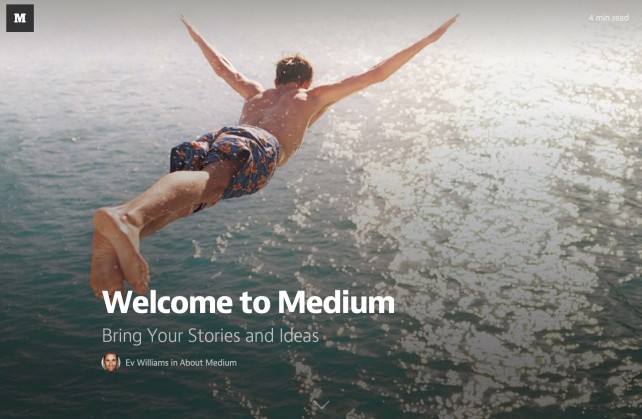 According to a report by Fortune, ‘Medium‘, a new blogging service formed by the co-founder of Twitter and Blogger, Ev Williams, is set to receive its Official iOS App that promises us something ‘really big.’

After its initial release slated for next week, the App will only allow users to view and read articles, meaning, they will be able to follow their favourite bloggers and journalists, but not add and publish content themselves, keep in mind, this will only be temporary, as Williams promises that it ‘is going to be really big.’

Medium is essentially an extremely minimalistic blogging service. Meaning, not just the aesthetics and the layout, but also the usage is designed to be easy to use, and provide a clutter free environment. It also focuses more on long posts that include stories and ideas, and not just thoughts or sayings crammed into a few lines or a simple picture.

According to Medium’s about page:

Medium is a new place on the Internet where people share ideas and stories that are longer than 140 characters and not just for friends. It’s designed for little stories that make your day better and manifestos that change the world. It’s used by everyone from professional journalists to amateur cooks. It’s simple, beautiful, collaborative, and it helps you find the right audience for whatever you have to say.

However, there is still no word on an Android application for Medium.