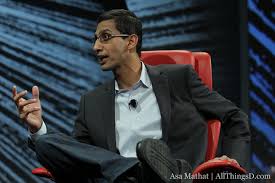 Google always makes its Apps available across various platforms and today, Google’s SVP Sundar Pichai has confirmed at the D11 conference that the Google Play Music App will soon be available for iOS. At D11, he said “In Google’s fundamental DNA, we want [our services] to be universally accessible… For us, users on iOS who want to use Google services, we want them to be Google users.”

He clearly stated that Google understands that its not about the hardware, but the services that you deliver on top of it. That’s the area Google is trying to conquer. By making their Apps available across all platforms from day one itself, Google is clearly winning in this space. Take for example – Google Hangouts which launched at Google I/O. From day one, the App was available on iOS, Android and Chrome. Universally.