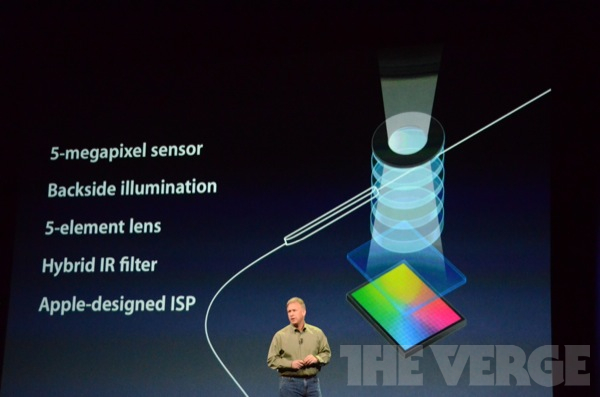 Alongside all of the other features, we have just found out that the new iPad contains a 5 megapixel much improved camera – and a new iSight camera. It is said that the new iPad that was released today in San Francisco supports the same camera as the iPhone 4S. As far as video goes – we have 1080p full HD streaming. So you will be able to shoot amazing quality video on your iPad and get it edited on the go, all in professional quality.

Yet another feature that will compliment the amazing retina display that has been announced.