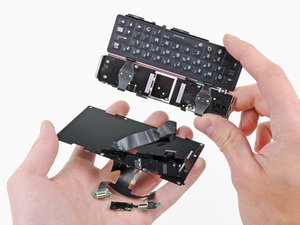 The folks at iFixit have chosen to tear the Motorola Droid 2 this time, the great feature rich phone from Verizon Wireless that runs on Android. They gave the phone the usual iFixit treatment and the results were remarkable.

While the hardware doesn’t seem to be changed a lot, it looks like it would be Android 2.2 that would increase the sales of the phone. The rest of the analysis can be found here.