There have been a lot of rumors about this event, but if the truth be told, some of the rumors just feel so fake. In a statement earlier this year, Apple’s CEO Steve Jobs said that Apple would announce a lot of great products later this year. The time has come and if rumors are to be believed, the next Apple event could happen sometime in late September or maybe this month.

Here are the things you could expect from Apple’s bumper (not the case) event. 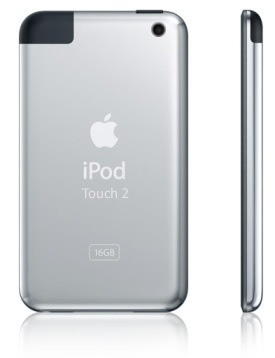 1. iPod touch with Camera – The iPod touch is a perfect device for everyone who is just content with his/her phone but still wants to get the iOS experience. It is just the ideal gadget for music, movies, TV shows, podcasts, games, apps and lots more. It has been quite some time since the touch got an update. This time we are hoping that Apple would put a front facing as well as a back camera on the device and bring FaceTime support. A 3-axis gyroscope, retina display, better design and better hardware could be included too.

2. iTV with Apps – Apple would hopefully rename its popular Apple TV to iTV and bring iOS support on it. iTV could get Apps, YouTube videos, A4 and lots more directly to your television.

3. iWork for iPhone and iLife for iPad – This seems promising. If you could edit movies on an iPhone, you sure could on an iPad too. iLife on iPad would completely change everything and would make the iPad even more fun. iWork on iPhone would be great too for simple editing stuff.

6. iTunes Cloud Syncing – Apple acquired Lala, a cloud based music service. We are hoping Apple would launch iTunes.com or iTunes LIVE that would broadcast live events or something. A complete sync service could be on the way too. You could sync all your iDevices without ever connecting to iTunes with a wire.

What do you think Steve is going to announce? Share your thoughts in the comments section below.